Trump Might Take Away Bruce Ohr's Security Clearance. So, Who Is He? 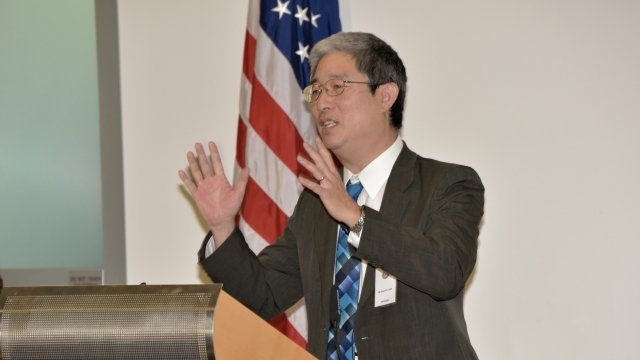 President Donald Trump has recently taken aim at a little-known Justice Department official. So who is Bruce Ohr?

Ohr has worked for the DOJ since 1991 and reached the position of associate deputy attorney general. But according to The Washington Post, he was transferred from that job in late 2017, and it's unclear what position he holds now.

Trump's beef with Ohr stems from the Steele dossier. His wife, Nellie, has worked with Fusion GPS — the company contracted to compile the information. Trump believes that Bruce Ohr funneled information from Fusion GPS to the FBI and that information then played a role in the start of the Russia investigation.

"I think that Bruce Ohr is a disgrace, with his wife, Nellie. For him to be in the Justice Department, and to be doing what he did, that is a disgrace," Trump said.

Trump has threatened to take away Ohr's security clearance. Ohr is still an active DOJ employee, so losing that clearance could affect his ability to do his job.