Trump Is Threatening To Impose More Tariffs Against China 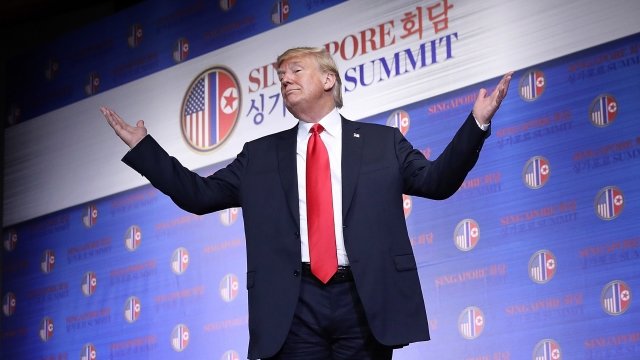 The White House said Monday that President Trump is now considering imposing a 10 percent tariff on $200 billion worth of Chinese goods.

President Donald Trump is now considering imposing a 10 percent tariff on an additional $200 billion worth of Chinese goods.

The U.S. and China have been going back and forth about tariffs for months.

The Trump administration confirmed Friday it plans to impose a 25 percent tariff on $50 billion of Chinese exports. Those tariffs are going to be enacted in two waves, with the first set going into effect in July.

That response prompted Trump to direct the United States Trade Representative to prepare another round of possible tariffs. In a statement released by the White House Monday, Trump said that 10 percent tariff could go into effect if China follows through with its retaliatory tariffs and "refuses to change its practices."

If Trump moves ahead with the additional round of tariffs, China's Commerce Ministry reportedly warned it would "strike back hard."