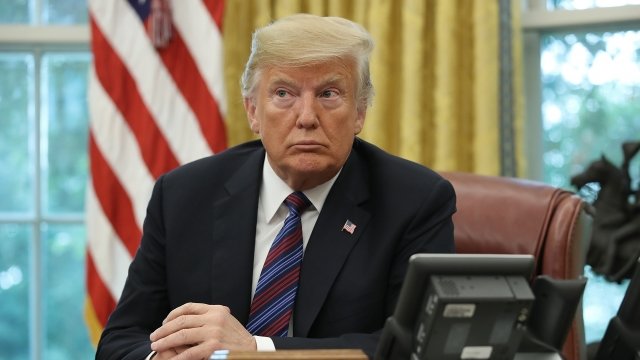 President Donald Trump lashed out at Canada on Saturday, a day after his initial deadline for trade talks with the country passed without a deal.

The president wrote on Twitter, "If we don’t make a fair deal for the U.S. after decades of abuse, Canada will be out."

Just the day before, Canada's minister of foreign affairs said in a press conference that U.S. negotiators had come to the table in good faith.

But throughout the negotiations, President Trump has been less accommodating. "And if we don't make a deal with Canada that's just fine," he said on Friday. He's repeatedly threatened to impose tariffs on auto imports from the country.

Congress would still need to ratify any deal after a 90-day review period.