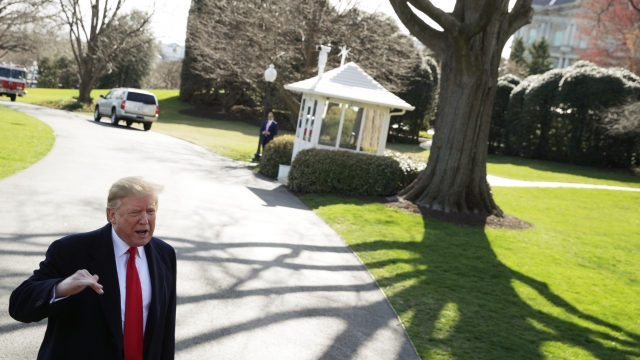 President Trump has threatened to close the southern border multiple times in recent months, but he's yet to follow through on it.

On Friday, President Donald Trump again threatened to close the U.S. border with Mexico. But this threat is a little different.

In a series of tweets, the president railed on the U.S.'s immigration laws and blamed Mexico for not doing enough to stop people from illegally crossing the border. He said, "If Mexico doesn't immediately stop ALL illegal immigration coming into the United States [through] our Southern Border, I will be CLOSING the Border, or large sections of the Border, next week."

"And if they don't stop them we're closing the border. They'll close it and we'll we'll keep it closed for a long time. I'm not playing games. Mexico has to stop it," Trump said

In the last five months, President Trump has tweeted similar threats more than a half a dozen times, but hasn't followed through. However, his post on Friday is the first to include a timeline — "next week."

None of the threats were specific about what exactly the president meant by "closing the border," but presumably he means closing the official ports of entry. So how many people are we talking about? For reference, in December, an average of over a half a million people crossed into the U.S. from Mexico every day.

There's also the issue of whether he's able to unilaterally close the border. Experts have previously said he doesn't have that power. And if he does, the move is likely to be hit with multiple lawsuits.