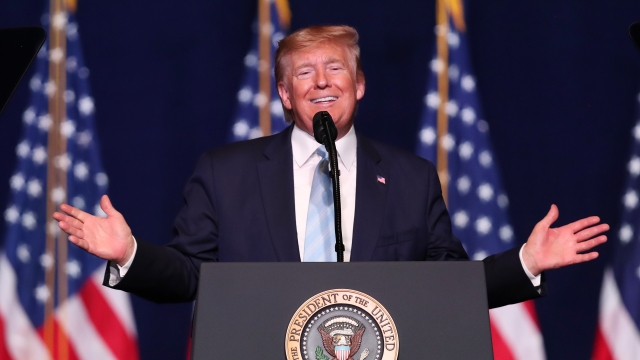 President Donald Trump threatened to attack dozens of Iran's sites if the country retaliates for the killing of Maj. Gen. Qasem Soleimani.

The president tweeted Saturday: "[the U.S. has] targeted 52 Iranian sites ... some at a very high level & important to Iran & the Iranian culture, and those targets, and Iran itself, WILL BE HIT VERY FAST AND VERY HARD ... if Iran strikes any Americans, or American assets." He said the number of targets represent the 52 Americans who were taken hostage in Iran during the hostage crisis in 1979.

President Trump's comments came as the White House formally notified Congress "of the initiation of hostilities against Iran." The Pentagon confirmed it had carried out the airstrike that killed Soleimani on Thursday, saying the Iranian general "was actively developing plans to attack American diplomats and service members in Iraq and throughout the region."

In an interview with CNN, the military adviser to Iran's supreme leader said the country's "response for sure will be ... against military sites," adding that "the only thing that can end this period of war is for the Americans to receive a blow that is equal to the blow they have inflicted." Iranian Foreign Minister Mohammad Javad Zarif responded to President Trump's comments on Twitter, saying: "Having committed grave breaches of int'l law in Friday's cowardly assassinations, [President Trump] threatens to commit again new breaches of JUS COGENS; -Targeting cultural sites is a WAR CRIME."

President Trump reiterated his threats on Sunday, tweeting: "The United States just spent Two Trillion Dollars on Military Equipment. If Iran attacks an American Base, or any American, we will be sending some of that brand new beautiful equipment their way...and without hesitation!"