Trump Threatens A Government Shutdown To Build The Border 'Wall' 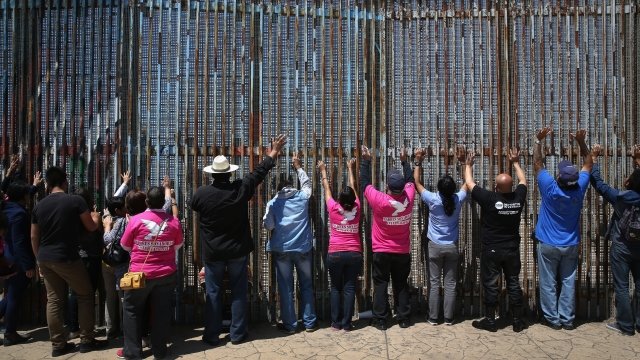 By Lindsey Pulse
August 23, 2017
During President Donald Trump's rally in Phoenix on Tuesday, he said he's willing to close down the government to build his proposed border barrier.
SHOW TRANSCRIPT

At a rally in Phoenix, President Donald Trump said he's willing to shut down the government to build the so-called U.S.-Mexico border wall.

"The obstructionist Democrats would like us not to do it, but believe me, if we have to close down our government, we're building that wall," Trump said.

Congress has until Oct. 1 — the start of the fiscal year — to pass a budget; if it doesn't, the government shuts down. So far, lawmakers haven't been able to reach a full agreement.

Part of that is because Democrats and some Republicans won't support a budget that puts money toward building the proposed border barrier. But the GOP needs those votes to keep the government open. 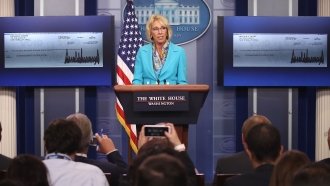 Trump has supported a shutdown over the budget in the past. Lawmakers agreed on a temporary budget at the end of April that included money for border security, but not for construction of a barrier.

The U.S.-Mexico border project was a major part of Trump's presidential campaign, and he's famously said again and again Mexico would pay for it. Some estimates put the cost of the project at over $21 billion.