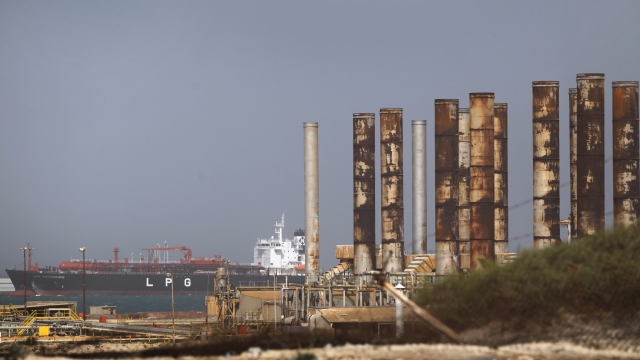 Sorry, Donald: as much as ISIS probably wishes this were true, it simply isn't.

Sure, it's true that ISIS has a foothold in Libya. It's been able to take advantage of the country's civil war and controls the central city of Sirte.

But ISIS does not control any oil fields. So far it's only been able to attack oil fields or storage locations.

Attacking oil infrastructure is a far cry from being able to generate millions of dollars off it.

On the other side of the region, in Iraq and Syria, ISIS does make money from oil wells. It's possible Trump conflated the three countries.

But the U.S.-led anti-ISIS coalition has put a dent in how much ISIS makes by ramping up airstrikes against the oil infrastructure.