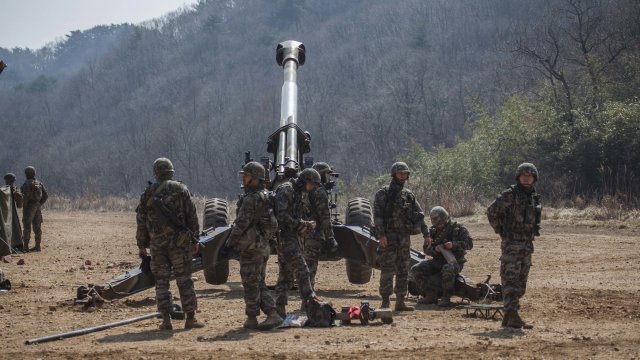 A Pentagon press conference seems to have sparked some confusion around the status of joint military exercises between the U.S. and South Korea.

Then on Tuesday, Defense Secretary Jim Mattis said the U.S. isn't planning on suspending any more.

"We suspended several exercises at the direction of the president. The good-faith effort was made. We have had — we have done no planning for suspending others," Mattis said.

The diplomatic progress between the U.S. and North Korea appears to have slowed down recently, and many thought Mattis' comments alluded to the return of large-scale exercises on the Korean peninsula.

But Wednesday afternoon, the president put out a statement contradicting that conclusion, writing, "There is no reason at this time to be spending large amounts of money on joint U.S.-South Korea war games."

However, President Trump also said he can restart exercises "instantly" and they would be "far bigger than ever before."