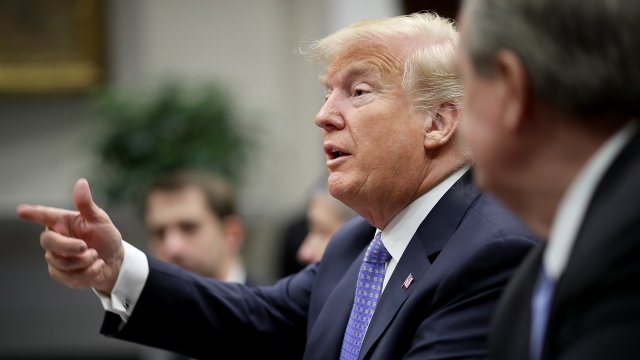 It seems President Trump's excitement about the U.S.-North Korea relationship is waning a bit.

In a series of tweets Friday, Trump said he asked Secretary of State Mike Pompeo to cancel his upcoming trip to the reclusive country.

Trump said he feels, "we are not making sufficient progress with respect to the denuclearization of the Korean Peninsula." He also threw some shade at China, alleging they are not helping with the process.

News broke of Pompeo's upcoming trip on Thursday. He was set to travel with Steve Biegun, the new special representative for North Korea. It's unclear whether Biegun will still make the trip.

But Trump hasn't completely changed his tune. He also tweeted his "warmest regards and respect to Chairman Kim" and said he looks forward to seeing the North Korean leader soon.