Trump Tells Republicans To 'Stop Wasting Their Time' On Immigration 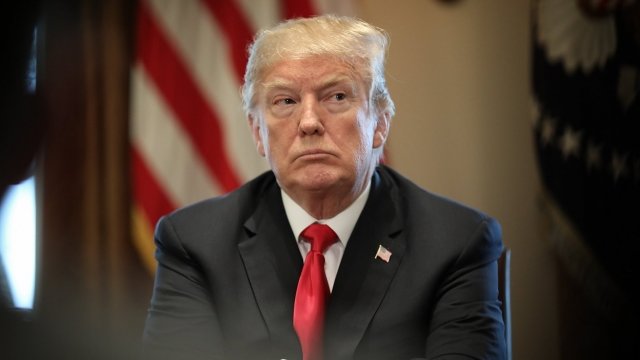 President Trump tells the GOP to wait until after midterm elections in November to pass immigration reform.

"My administration is also acting swiftly to address the illegal immigration crisis on the southern border," President Donald Trump said Thursday during a Cabinet meeting. "We have to do something about immigration in this country."

A day after Trump said in a Cabinet meeting that "we have to do something about immigration," he tweeted, "Republicans should stop wasting their time" on it.

On Friday, Trump encouraged Republicans in Congress to wait to vote on any immigration bills until after midterm elections in November, saying reform can be passed after the "Red Wave."