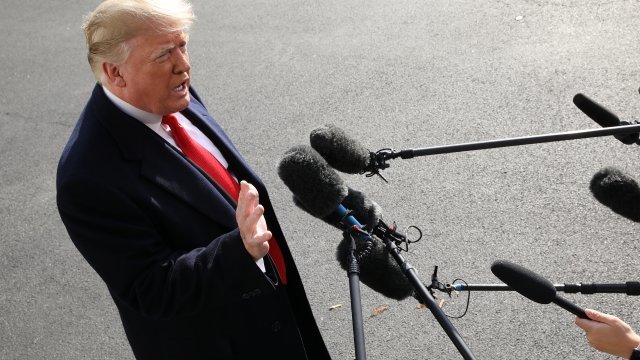 By Stephanie Liebergen
December 20, 2018
President Donald Trump is sticking to his plan and using a government shutdown as a bargaining tool to try to get funding for a border wall.
SHOW TRANSCRIPT

With the budget deadline looming, President Donald Trump seems willing to shutdown the government to get funding for a border wall.

That bill would've kept the government open and funded through Feb. 8, but it didn't allocate any money for a border wall. The House was expected to pass it quickly, but now Republicans are starting over.

"So we're going to go back and work on adding border security to this, also keeping the government open because we do want an agreement," Ryan said.

But Democrats have already said they won't vote for a bill that funds a border wall.

"But in terms of wall funding that's a non-starter. I think they know that," House Minority Leader Nancy Pelosi said.

The two sides have a very limited amount of time to strike an agreement. Current government funding runs out at midnight Friday.