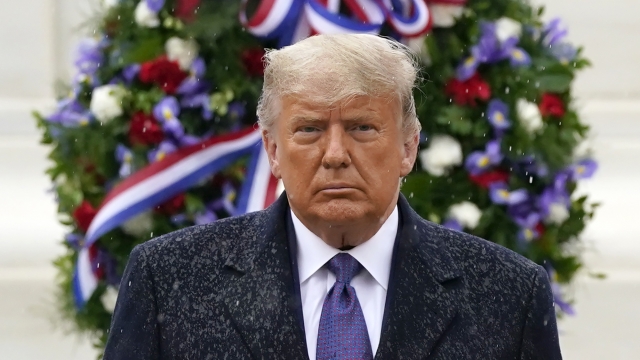 The president is still refusing to accept the results of the presidential election.

The president is still refusing to accept the results of the presidential election. And his team is asking supporters to donate to help fund legal challenges.

But according to Reuters reporting, many donations won't go toward legal expenses. Gifts under $8,000 will instead go to a Trump leadership PAC or the Republican National Committee.

Under election rules, those two groups would have more flexibility in spending the money.