Trump National Security Pick Plagiarized About 50 Sections Of Her Book 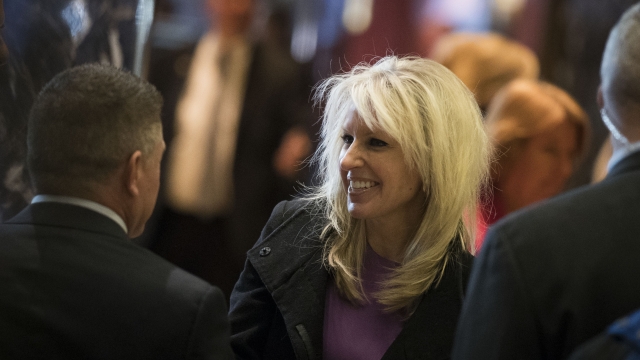 Monica Crowley is a pick for President-elect Donald Trump's National Security Council team. And she appears to have plagiarized sections of her book "What the (Bleep) Just Happened?," published in 2012.

Besides being nominated for Trump's incoming administration, Crowley was a pundit on Fox News and is a syndicated radio host.

A review of the book by CNN's KFile team found close to 50 instances of plagiarism from places like the New York Post.

Crowley wrote: "Jose Rodriguez, the head of the CIA's counterterrorism center from 2002 to 2005, said Abu Faraj al-Libbi, al-Qaeda's number three leader, started talking just one week after being subjected to the EITs."

Compare that to the original New York Post report: "Jose Rodriguez, who headed the CIA's counterterrorism center from 2002 to 2005, said Abu Faraj al-Libbi, al Qaeda’s No. 3 man, began to reveal secrets just one week after he was subjected to harsh treatment."

Why Do Politicians Plagiarize?

Montana Sen. John Walsh is the latest political subject of a plagiarism scandal, but he's not the first. Why do politicians plagiarize so often?

Crowley didn't just pull from journalists. Some sections are directly lifted from Wikipedia, Investopedia.com, The Heritage Foundation, part of a statement from Dick Cheney and even a list of "pork barrel spending" examples from a website for a podiatrist.

Trump's team said this in support of Crowley: "Any attempt to discredit Monica [Crowley] is nothing more than a politically motivated attack that seeks to distract from the real issues facing this country."

This isn't the Trump team's first brush with plagiarism. His wife, Melania, was accused of plagiarizing part of her Republican National Convention speech from first lady Michelle Obama.