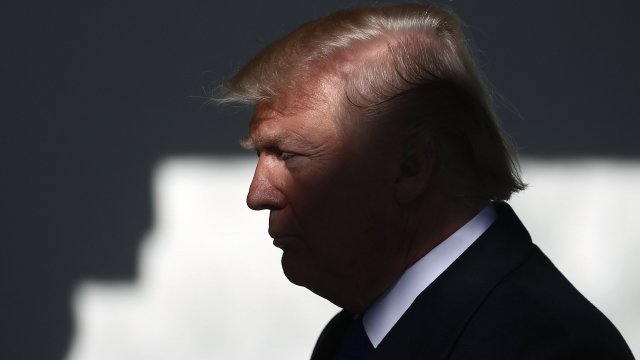 Some have pointed out the president's "America First" agenda is at odds with the globalist thinking the World Economic Forum is based on.

President Donald Trump and a large number of top U.S. officials are headed to this year's World Economic Forum in what many see as a surprise from the "America First" administration.

Trump himself is also scheduled to travel to Davos, Switzerland, making him the first U.S. president to attend since Bill Clinton. If he does, he'll likely be accompanied by White House chief of staff John Kelly, national security adviser H.R. McMaster and National Economic Council Director Gary Cohn.

After former HHS Secretary Tom Price's resignation, the rest of President Trump's Cabinet is under scrutiny for their travel.

There's been speculation on how Trump's political views will go over, though, since his isolationist and protectionist ideology is a polar opposite to the globalist thinking many Davosians share.

Some analysts are comparing Trump's large roster to that of Chinese President Xi Jinping at last year's forum.