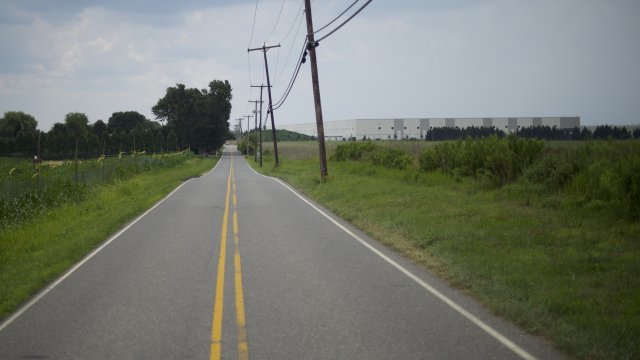 President Trump recently announced a $12 billion aid package for farmers to offset the financial impact of his administration's tariffs. Though the aid has been highly criticized by members of his own party, Trump continues to defend it - likely because he has no intention of stopping the trade war.

The tariffs began in response to what Trump believed were unfair trade agreements. Since January, the U.S. has imposed tariffs on China, Canada, Mexico, and the European Union - prompting retaliatory measures from all of them, which have really hurt farmers.

"The fact that the administration wanted to step up and take that on encouraged a lot of folks," said Rob Larew, senior vice president of public policy and communications at the National Farmers Union. "But what we’ve seen is a strategy that’s a little perplexing and that is that for taking on China instead of gathering up our allies, trading partners like the EU, Canada, Mexico, and perhaps Japan as well. We have, in fact, alienated all those because we’ve taken on our own challenges with them which creates a much bigger problem."

According to the National Farmers Union, the grain market alone has already lost $13 billion. That's leading many farm groups to worry that they'll suffer even more losses as the tariffs continue.

In a statement, the National Corn Growers Association said it appreciates the Trump administration's acknowledgment that farmers are hurting financially but added "grower members are confronting their fifth consecutive year of declining farm incomes while facing high levels of uncertainty due to ongoing trade disputes and disruptions in the ethanol markets. Corn farmers prefer to rely on markets, not an aid package, for their livelihoods." 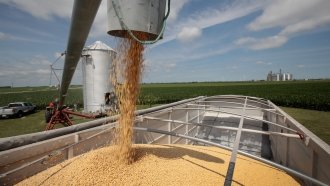 It's an issue that farmer groups say will affect consumers around the country - in both rural and urban areas - and could have political consequences if the agriculture industry keeps losing money.

"I think everybody will be measuring this to the degree to their success that benefits the food system and benefits consumers and farmers alike. You’re going to see that played out at the polls. If we’re not seeing success, then certainly folks will be looking at that," Larew said.

Since March, soybean prices have dropped nearly 20 percent. On top of that, the price of pork, corn, and wheat have all fallen as well.