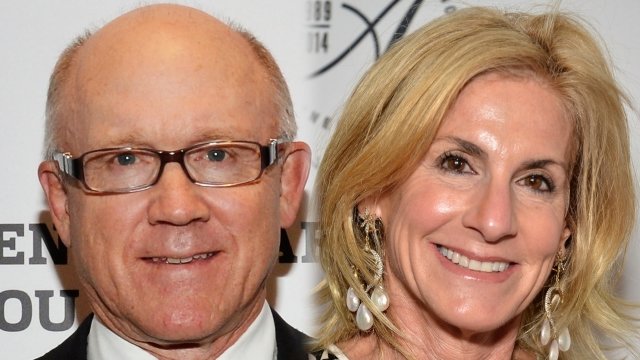 Robert Wood "Woody" Johnson IV and Jamie McCourt could be our next ambassadors to the United Kingdom and Belgium, respectively.

President Donald Trump plans to nominate two wealthy campaign supporters as his ambassadors to the United Kingdom and Belgium.

On Thursday, Trump announced his intent to nominate Johnson & Johnson heir Robert Wood Johnson IV, better known as Woody, to the U.K. post. Johnson, who is a longtime friend of Trump, owns the New York Jets and is also a philanthropist.

According to CNN, Trump told people gathered at a luncheon in January that Johnson would be the next ambassador to the U.K.

Jamie McCourt, an entrepreneur, attorney and philanthropist, has been tapped for the Belgium post. She was previously co-owner and CEO of the Los Angeles Dodgers. And she speaks French, which is helpful if you live in Brussels.

Both Johnson and McCourt served as bundlers — or fundraisers — for Trump's campaign.

Johnson served as vice chair of the Trump Victory Committee and McCourt was one of the state finance chairs for California.

Trump isn't the only president to reward campaign fundraisers with ambassadorships. His predecessor, President Barack Obama, faced criticism for the same thing.

According to The Center for Public Integrity, Obama nominated 31 bundlers to ambassadorships during his second term. And like Trump, he nominated donors to the U.K. and Belgium posts. All but one of those fundraisers ended up being confirmed.

Key members of Trump's campaign team — including his finance chairman and fundraising trustee — are now serving in Cabinet posts.