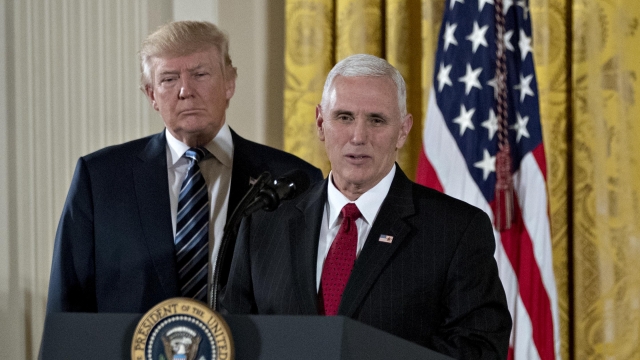 Trump has rejected his popular vote loss in the 2016 election by claiming at least 3 million people voted illegally. So far, there's no solid evidence to back that up.

Fox News' Bill O'Reilly pressed Trump on this during his pre-Super Bowl interview.

O'Reilly said to Trump, "The data has to show that 3 million illegals voted."

Trump replied, "Forget that. Forget all of that. Just take a look at the registration. And we're going to do it."

In leaked audio obtained by The Guardian, Pence characterized the probe as "a full evaluation of voting rolls in the country and the overall integrity of our voting system in the wake of this past election."

Pence has been broadly supportive of Trump's voter fraud claims.

Other GOP leaders haven't been as willing to play along.

Senate Majority Leader Mitch McConnell told CNN, "I don't think we ought to spend any federal money investigating that. I think the states can take a look at this issue."