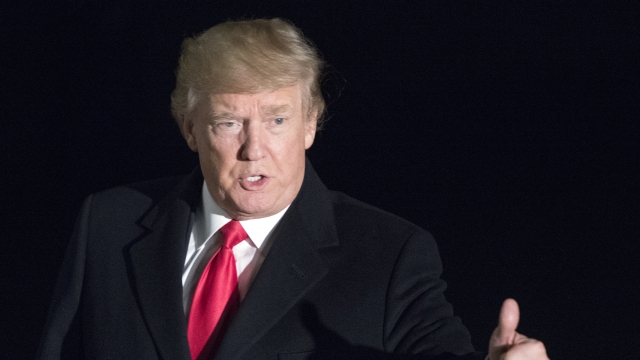 His remarks came only hours before his impeachment hearing in the Senate was scheduled to get underway back in Washington, D.C. During his 30 minute address, President Trump was quick to place recently reached trade deals center stage.

"Just last week America concluded two extraordinary trade deals. The agreement with China and the United States-Mexico-Canada agreement. The two biggest trade deals ever made. They just happen to get done in the same week."

President Trump then took time to highlight the state of the U.S. economy, criticizing the previous administration. He cited a loss of manufacturing jobs, "flat or falling wages," and an exit from the labor force as economic issues he inherited as president.

"America's economic turnaround has been nothing short of spectacular when I took office three years ago. America's economy was in a rather dismal state."

President Trump also took time to address climate concerns, with an announcement that the U.S will be joining the One Trillion Trees initiative. The initiative aims to reverse deforestation with the help of global leaders.

President Trump is reportedly expected to meet with other world leaders during his stay in Davos.