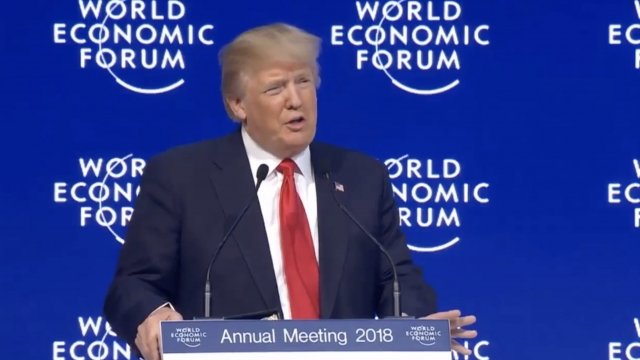 "America is open for business, and we are competitive once again," Trump said.

As expected, Trump focused much of his brief speech on trade and the American economy. 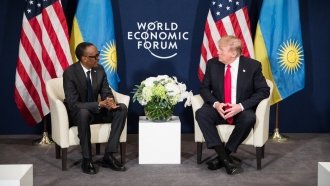 "The world is witnessing the resurgence of a strong and prosperous America. I'm here to deliver a simple message: There has never been a better time to hire, to build, to invest and to grow in the United States," Trump said.

He also touched on the threat posed by North Korea's weapons program and other security concerns.

Trump is only the second sitting U.S. president to attend the forum. Bill Clinton attended during his last year in office in 2000.