Trump Is 'Honored' Kennedy Is Retiring During His Term In Office 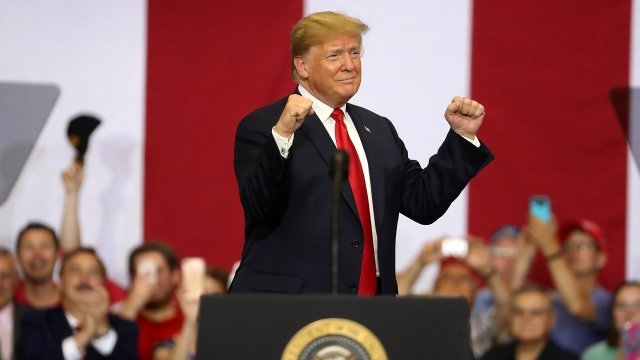 SMS
Trump Is 'Honored' Kennedy Is Retiring During His Term In Office
By Katherine Biek
By Katherine Biek
June 28, 2018
At a rally Wednesday night, President Donald Trump said he wants to nominate a Supreme Court justice who will sit on the bench for decades.
SHOW TRANSCRIPT

"He felt confident in me to make the right choice and carry on his great legacy," Trump said at a rally in Fargo, North Dakota, on Wednesday night.

After 30 years on the bench, Kennedy announced Wednesday he's retiring from the high court late next month. Trump said the process to find a replacement for Kennedy will "begin immediately."

The president told reporters he plans to use the same list of names from which he chose Neil Gorsuch, who was nominated to replace the late Antonin Scalia in 2017.

Two unnamed U.S. officials told Bloomberg that Brett Kavanaugh, a federal appellate court judge in Washington, D.C., is a frontrunner for the nomination. Kavanaugh was one of Kennedy's former law clerks.