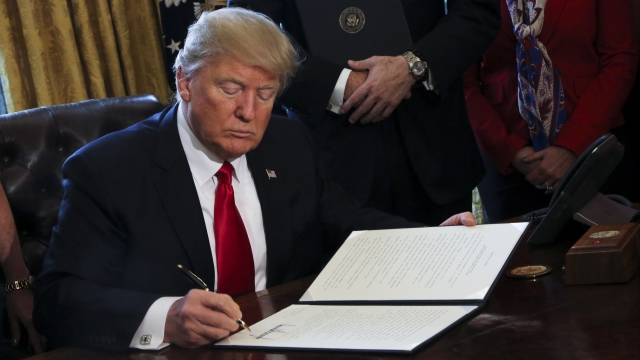 President Donald Trump signed two executive orders Friday that seek to cut back some of the financial regulations established during the Obama administration.

The act was passed in response to the 2008 recession. It imposed new regulations for financial institutions, including requiring them to conduct annual "stress tests" to make sure they can survive a financial crisis.

But Republicans and the White House say Dodd-Frank is deeply flawed.

Spicer said of Dodd-Frank, "That's hindering our markets, reducing the availability of credit and crippling our economy's ability to grow and create jobs."

During his campaign, Trump said he'd be for getting rid of Dodd-Frank. 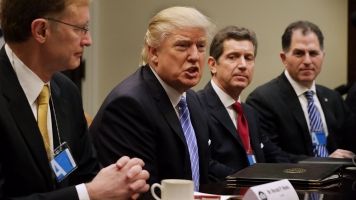 "The regulators are running the banks, and that's why our country — I mean, people can't borrow money today," Trump said in an interview with Fox Business in October 2015.

The second executive order directs the Department of Labor to reconsider its fiduciary rule, which was supposed to go into effect in April. Boiled down, the rule makes financial advisers legally obligated to work in their clients' best interests and disclose fees and conflicts of interests up front.

The official language of both orders had not been released by the White House at the time of publication.