Trump: I Wouldn't Want To Go Through The Senate Confirmation Process 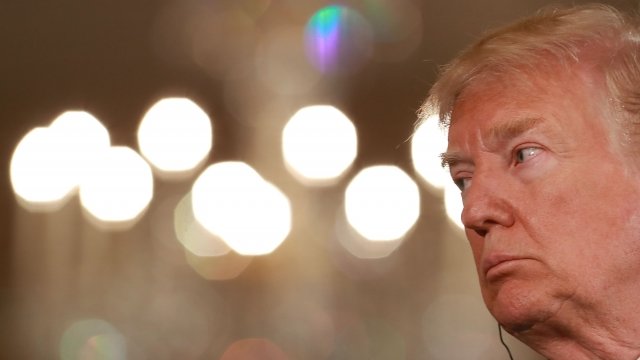 Ronny Jackson, the embattled nominee to lead the Veterans Affairs Department, says he's not stepping aside. But if he changes his mind, President Trump might have just given him a way out.

During a press conference with French President Emmanuel Macron, Trump was asked whether he still supports Jackson. Trump insisted he still wanted the White House doctor to lead the VA. But he said the pressure of the nomination process might not be worth it.

"I don't want to put a man through a process like this. It's too ugly and too disgusting. So we'll see what happens. He'll make a decision," Trump said.

After "serious allegations" from Jackson's past surfaced, his confirmation hearing with the Senate Committee on Veterans Affairs was postponed. A new date has not been announced.