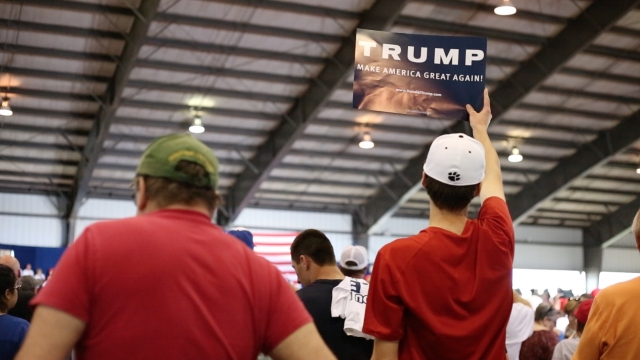 It's probably one of the biggest questions this election season: What's behind Donald Trump's appeal?

Most profiles of a typical Trump supporter assume they've been personally or economically affected by international trade deals or illegal immigration.

But a very large new study by Gallup found that may not be completely accurate.

The researcher looked at data from more than 87,000 interviews from the past year. Then he focused on white Republicans who are on the Trump train.

The study found Trump supporters are more likely to be male, blue-collar workers with lower levels of education. But one thing they aren't is poor. Instead they "earn relative high household incomes." And when it comes to one of Trump's main themes — being anti-foreign trade deals — that's not why they're flocking to him.

The analysis shows a more favorable view of Trump doesn't come from areas where manufacturing has declined because of globalization. In fact, the study notes: "Surprisingly, there appears to be no link whatsoever between exposure to trade competition and support for nationalist policies in America, as embodied by the Trump campaign."

Trump supporters do tend to come from places with poor health, and they also tend to worry about less opportunity and success for the next generation. And probably the most striking finding is Trump supporters tend to be racially isolated. They aren't likely to spend a lot of time around immigrants or any other minorities, and that affects their view of other racial groups.

Sure, Trump supporters fear big trade deals and want a big wall. But the theory that they've been disproportionately affected by trade deals or immigration isn't true, at least according to this study.