Trump Suggests He'd Like To Get Rid Of Presidential Term Limits 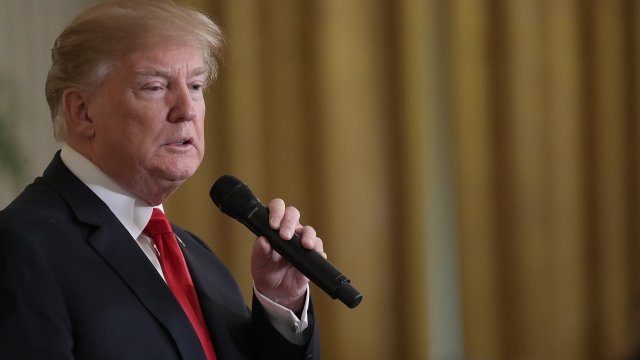 SMS
Trump Suggests He'd Like To Get Rid Of Presidential Term Limits
By Ethan Weston
By Ethan Weston
March 4, 2018
President Donald Trump was likely joking when he made the statement at a fundraiser Saturday.
SHOW TRANSCRIPT

China is likely to do away with presidential term limits soon, and President Donald Trump suggested he'd like to see something similar here in the U.S., according to audio obtained by CNN.

But Saturday's comment was likely meant to be exactly how it seems to have been perceived: as a joke.