US-China Trade Tensions Are Getting Even More Confusing 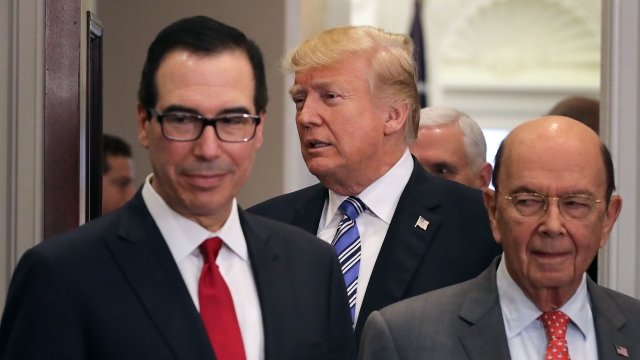 SMS
US-China Trade Tensions Are Getting Even More Confusing
By Matt Picht
By Matt Picht
May 23, 2018
President Trump has suggested he might scrap a tentative deal to avoid a trade war.
SHOW TRANSCRIPT

So far, uncertainty has been about the only certainty in the ongoing trade talks between the Trump administration and China.

China has agreed to buy more American goods, but hasn't said how much more. And the move almost certainly won't shave $200 billion off the U.S. trade deficit, which is what White House officials were hoping for.

In return, the administration has agreed to suspend tariffs on $150 billion of Chinese imports — according to Treasury Secretary Steven Mnuchin, anyway. Per Trade Representative Robert Lighthizer, those tariffs are actually still in play.

Also up in the air is the fate of Chinese tech firm ZTE, which is facing stifling U.S. sanctions. President Donald Trump has suggested he might soften those penalties as part of a trade deal, but Congress is considering a bill to block him from doing so.

Trump previously tweeted that a tentative agreement with China could be "one of the best things to happen to our farmers in many years!" Now, he's suggesting that deal will need an extensive rework to get done at all. 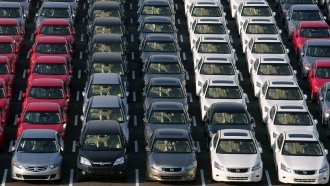 Trump's uncertainty is understandable — he's facing competing pressures from his allies to both clamp down on unfair Chinese business practices and spare U.S. farmers from a damaging trade war with China.

And overshadowing all of this is Trump's upcoming summit with North Korea. Chinese economic pressure has been a major part of bringing North Korea to the table; that help could vanish if trade negotiations don't go China's way.