Lots Of People Have Suggested Nuking Hurricanes, But Scientists Say No 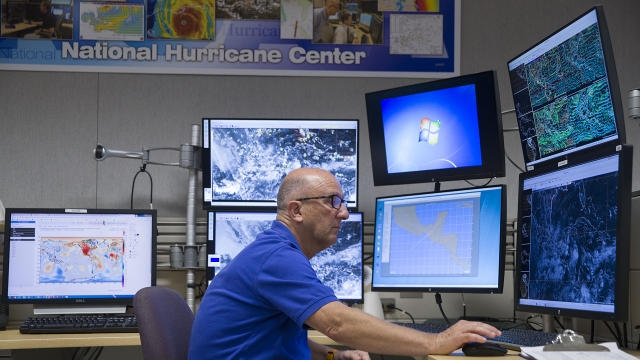 SMS
Lots Of People Have Suggested Nuking Hurricanes, But Scientists Say No
By Adam Elrashidi
By Adam Elrashidi
August 26, 2019
Axios reports the president has suggested using nuclear weapons to break up hurricanes. But scientists say that wouldn't work.
SHOW TRANSCRIPT

Can nuclear weapons be used to destroy hurricanes or otherwise weaken severe weather? Well, no, but that hasn't stopped some people from proposing it — including President Trump, according to one outlet.

But the suggestion is pretty frequently shared with the National Oceanic and Atmospheric Administration, the government agency responsible for predicting changes in the weather and oceans.

An NOAA spokesperson told Newsy the agency has received dozens of inquiries into the topic every hurricane season for years. The agency's website even has a page dedicated to explaining and debunking various theories on how to stop severe tropical weather.

Still, such myths persist in the public consciousness and have for decades, at least since the 1950s. From 1962-1983, Project Stormfury researched weakening tropical weather by using silver iodide to freeze the water inside storms. Scientists ultimately found that wouldn't work.

Scientists are quick to remind the public that although the idea of using nuclear weapons to disrupt tropical weather sounds exciting, it's not exactly practical.

The NOAA says only 6% of tropical disturbances in the Atlantic basin become hurricanes in a typical year, and there's no way to know which storms will develop into something more.

It also says radioactive fallout from using a nuclear weapon on a hurricane "would fairly quickly move with the tradewinds to affect land areas" and cause "devastating environmental problems."