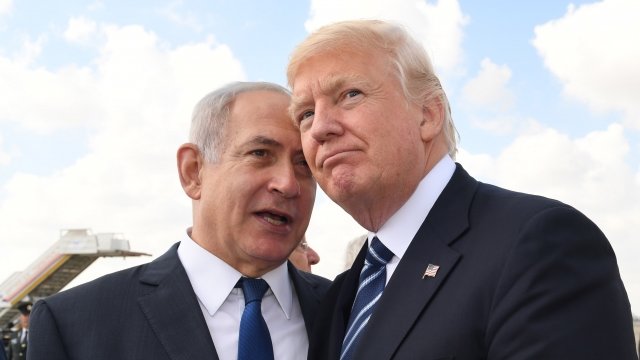 SMS
Trump Implies US Is Saving $999,750,000 On Jerusalem Embassy. It's Not
By James Packard
By James Packard
March 5, 2018
President Donald Trump suggested the new U.S. embassy in Jerusalem will cost $250,000 instead of $1 billion. That's not a fair comparison.
SHOW TRANSCRIPT

During a White House meeting with Israeli Prime Minister Benjamin Netanyahu on Monday, President Donald Trump brought up the new embassy coming to Jerusalem, and he drastically mischaracterized how much it will cost.

"I said, 'We're not going to spend a billion dollars.' And we're actually doing it for about $250,000. So check that out. Now, it's temporary, but it will be very nice. Two hundred fifty thousand dollars versus a billion dollars. Is that good?" Trump said.

Did you catch the part about it being temporary? The U.S. government is building a temporary facility in an existing building in Jerusalem while the permanent facility is built. The State Department told NPR that renovations to get the temporary embassy going will cost between $200,000 and $400,000. 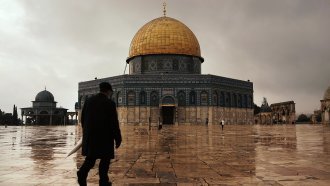 It's not clear how much the permanent facility will cost. The price tag is reportedly expected to be in the hundreds of millions. The Associated Press reported last month the Trump administration was considering a plan to accept a donation from billionaire Sheldon Adelson in order to fund the embassy.