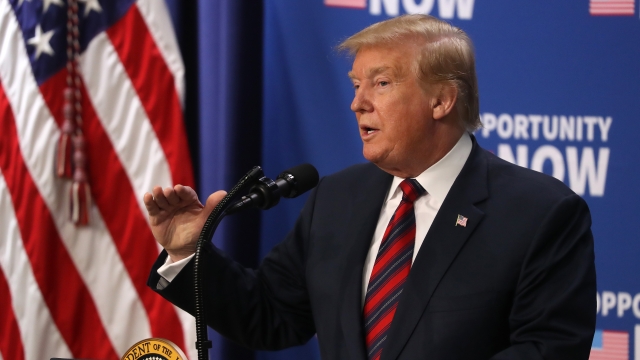 President Donald Trump and the Trump Organization filed a lawsuit Monday to prevent House Democrats from getting hold of Trump's personal financial records.

They filed the complaint against House Oversight and Reform Committee Chairman Elijah Cummings, who last week issued a subpoena for years of the president's financial records.

Cummings originally requested the documents in March, after Michael Cohen told U.S. lawmakers that President Trump had previously inflated his assets for insurance purposes. But the accounting firm said it couldn't turn over the records without a subpoena.

In the lawsuit, lawyers for the president said the subpoena "lacks a legislative purpose." Instead, they argue that Cummings issued it "with the hope that it will turn up something that Democrats can use as a political tool against the President now and in the 2020 election."

Their complaint asks the court to block the subpoena, as well as issue a temporary restraining order and preliminary injunction that prohibits the accounting firm from releasing the requested documents.

Neither Cummings nor the accounting firm responded to requests for comment on the lawsuit Monday.