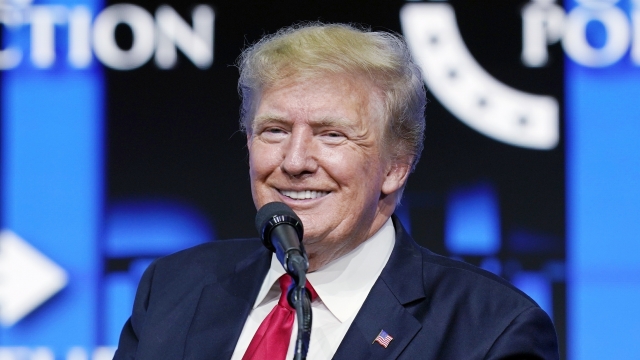 James has requested Trump sit for a Jan. 7 deposition to look into his company's assets. Trump says James' mission since 2018 has been to harass and intimidate him and his associates.

The lawsuit describes James as having "personal disdain" for Trump and points to her numerous statements she's made about him, including her boast that her office sued his administration 76 times and tweets during her 2018 campaign that she had her "eyes on Trump Tower" and that Trump was "running out of time."

James released a statement saying the Trump Organization continues to delay her office's investigation into his business dealings and has filed a lawsuit to attack that investigation.

Trump responded that his lawsuit "is not about delay, this is about our Constitution!"

Trump seeks a permanent injunction barring James from investigating him and preventing her from being involved in any "civil or criminal" investigations against him and his company, such as a parallel criminal probe she's a part of that's being led by Manhattan District Attorney Cyrus Vance Jr. Although the civil investigation is separate, James' office has been involved in both.