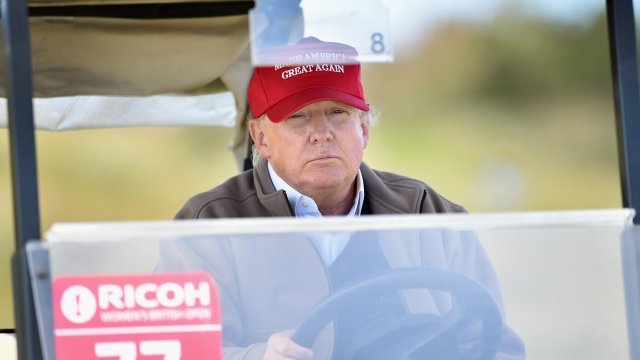 SMS
Trump Hits 100 Days Spent At His Golf Clubs While In Office
By Lindsey Pulse
By Lindsey Pulse
March 3, 2018
CNN and NBC have kept a record, and the president has spent 100 days at his golf clubs since taking office.
SHOW TRANSCRIPT

President Donald Trump hit a milestone Saturday — since he's been in office, he's spent 100 days at one of his golf clubs.

CNN and NBC keep tallies of Trump's time at his various golf properties. NBC reports that in his first official year as president, Trump visited his clubs more than 90 times.

That's not to say he's actually playing golf every time — it's hard to tell. The White House often refuses to confirm if the president hit the links or who he played with. 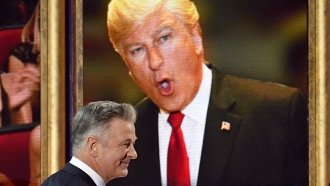 Still, Trump has drawn criticism for how much time he spends at his golf properties, partly because he repeatedly bashed former-President Barack Obama for playing the game while in office.

The White House has defended Trump's golfing in the past as a way for the president to make deals.