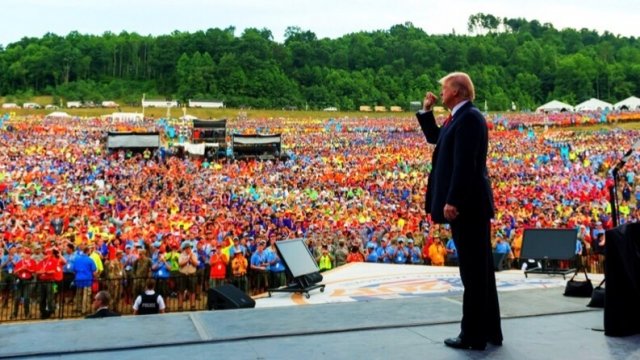 President Donald Trump pledged to not talk policy while speaking before a crowd of Boy Scouts at their National Jamboree on Monday.

"I said, 'Who the hell wants to speak about politics when I'm in front of the Boy Scouts? Right?'" Trump said at the event in West Virginia.

But his speech quickly spiraled into something you'd expect to hear at a campaign rally.

He also made some subtle digs at Hillary Clinton and touted his election victory last November.

"But you remember that incredible night with the maps, and the Republicans are red and the Democrats are blue, and that map was so red it was unbelievable," Trump said. 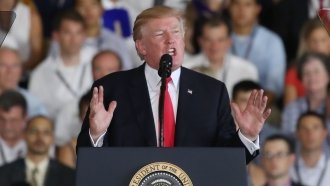 The sitting U.S. president serves as the honorary president of the Boy Scouts of America and is invited to speak at the National Boy Scout Jamboree. Trump criticized Barack Obama for not attending a Boy Scout Jamboree in person during his presidency. Obama did record a message for the Scouts back in 2010.

To be fair, Trump's speech wasn't entirely political. He did have a positive message for the Scouts.