Trump Says Social Distancing Guidelines Are 'Fading Out' With April 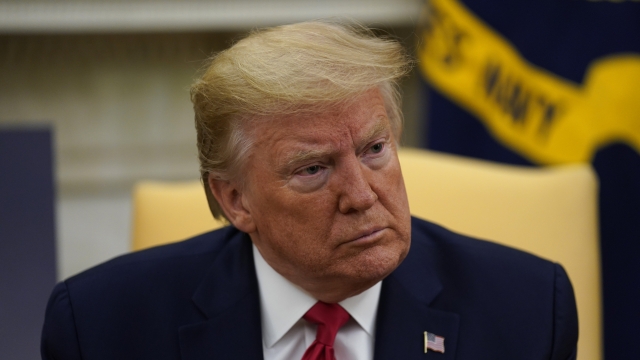 On Thursday, the Trump administration said social distancing guidelines will "be fading out" with the month of April: The guidelines that have been in place for the last 45 days to curb the spread of the coronavirus will not be extended.

"We're going to be very careful as we open. A lot of people, a lot of governors are opening, ... but we're doing it very carefully."

President Donald Trump spoke to the efforts of individual governors across the U.S. during a meeting with Louisiana's governor on Wednesday. The president, along with Vice President Mike Pence, Dr. Deborah Birx and Dr. Anthony Fauci, discussed the three-phase federal guidelines called "Opening Up America Again" and how each state is incorporating them into its plan to reopen.

"Frankly, every state in America has embraced those guidelines at a minimum, or even done more, and now our focus is working with states as governors, like Gov. John Bel Edwards, unveil plans to open up their states again," Pence said. "The current guidelines, I think you can say, are very much incorporated in the guidance that we're giving states to open up America again."

Texas recently announced plans to enter Phase I by allowing certain businesses to reopen, while some businesses in Georgia and Tennessee have already unlocked their doors. And Florida says most of the state will reopen on Monday. Meanwhile, Michigan and New York extended stay-at-home orders through May 15.