Trump Slams Some Of His Go-To Targets During Montana Rally 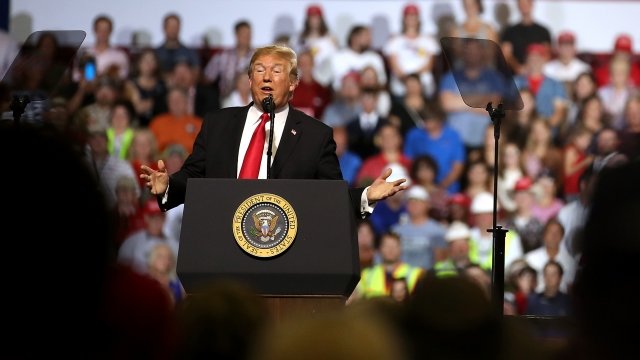 President Donald Trump hit on some of his go-to targets at a Montana rally Thursday.

"Let's say I'm debating Pocahontas, right? I promise you I'll do this. I'll take, you know, those little kits they say on television for $2? Learn your heritage. We will take that little kit and say — but we have to do it gently. Because we're the 'Me Too generation' so we have to be very gentle," Trump said.

"So Jon Tester says one thing when he is in Montana, but I will tell you, a testament to it, he does the exact opposite when he goes to Washington," Trump said.

"Yes, she is a low-IQ individual, Maxine Waters, I said it the other day," Trump said.

Trump also spoke about his relationship with Russia, his upcoming meeting with Vladimir Putin and his Supreme Court nominee announcement during Thursday's rally.