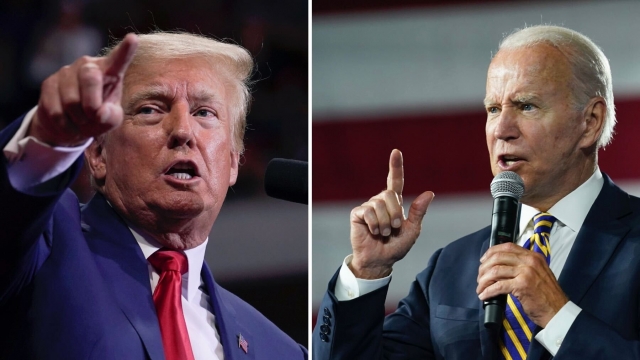 With the 2022 midterms just over two months away, dueling speeches from the current and former presidents presented very different priorities to the American people.

"Donald Trump and the MAGA Republicans represented an extremism that threatens the very foundations of our republic," said President Joe Biden.

"We are the ones trying to save our democracy. Very simple," said former President Donald Trump.

During a prime-time address Thursday, President Biden said Americans must come together to defend our democracy. He said the "MAGA Republicans" who've put their unwavering support behind the former president are a danger to the nation:

"MAGA forces are determined to take this country backwards — backwards to an America where there is no right to choose, no right to privacy, no right to contraception, no right to marry who you love. They promote authoritarian leaders, and they fan the flames of political violence."

President Biden has stepped up attacks on his predecessor, but he drew a line between Trump and the mainstream Republicans who helped Democrats pass major legislation like the bipartisan infrastructure law and the bill to boost U.S. semiconductor manufacturing. 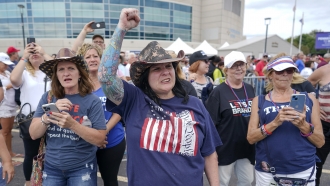 On Saturday, Trump held a rally in Pennsylvania to support the state's Republican candidates. In the nearly two-hour speech, Trump called President Biden an "enemy of the state" and again teased another run for the presidency in 2024.

"And we are leading Biden and everyone else, including the Republicans, by record numbers in the polls. So, I may just have to do it again. You'll be ... stay tuned," said Trump.

Trump also continued his attacks on the FBI and Department of Justice for last month's search warrant executed at Mar-a-Lago.

"The FBI and the Justice Department have become vicious monsters controlled by radical left scoundrels, lawyers and the media who tell them what to do — you people right there — and when to do it," said Trump.

A more detailed list of the documents seized in that search was released on Friday. It showed agents removed more than 10,000 unclassified government records that should have been in the custody of the National Archives.

Trump's legal team has asked the judge to appoint a special master. That person would filter through all the seized material for privileged or highly personal information. The DOJ argues a special master is unnecessary since it has already completed an initial review for privileged records. Still, the judge has indicated she might approve the Trump team's request.