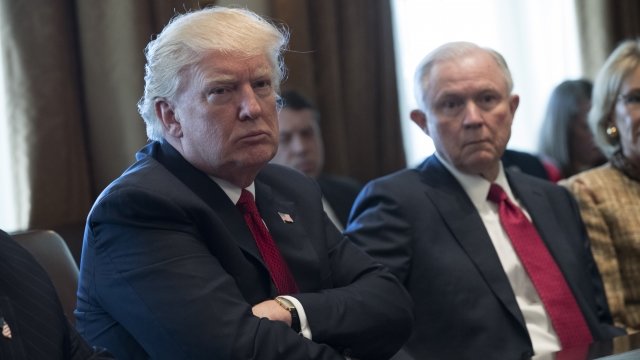 Trump told The New York Times he never would have tapped Sessions as attorney general had he known Sessions would recuse himself from the investigation.

"Jeff Sessions takes the job, gets into the job, recuses himself, which frankly I think is very unfair to the president. How do you take a job and then recuse yourself?" Trump said.

Sessions said he promised at his confirmation that he would recuse himself if his "impartiality might reasonably be questioned." He said he stepped back from the investigation because it probed a campaign he was involved with. 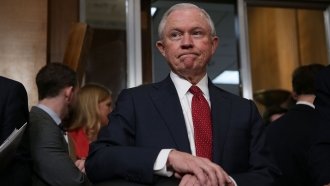 But Trump said Sessions shouldn't have recused himself. This is a big shift from when Trump said he had "total" confidence in Sessions.

In the same interview, Trump accused special counsel Robert Mueller, who was appointed after Sessions recused himself, of having conflicts of interest.

Sessions has taken heat for his testimony before. He was criticized by some senators for "stonewalling" during his Senate hearing and failing to disclose a meeting with a Russian ambassador.