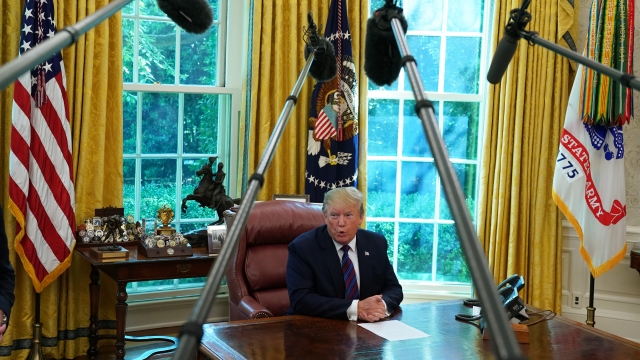 President Donald Trump signed a sweeping two-year budget deal on Friday that will prevent the government from defaulting on its debt.

The bill passed the Senate on Thursday, with almost half of Republicans and a handful of Democrats voting against it.

The Bipartisan Budget Agreement suspends the debt ceiling until the end of July 2021. It sets a $1.37 trillion budget for the 2020 fiscal year, with $738 billion allocated for defense spending and $632 billion for non-defense.

The debt ceiling puts a cap on how much money the U.S. government can borrow to pay its bills. Currently, it's set at around $22 trillion. By suspending that debt limit, the U.S. can borrow as much money as it needs in order to meet its obligations.

The agreement was struck after weeks of back-and-forth between House Speaker Nancy Pelosi and Treasury Secretary Steven Mnuchin. Mnuchin had warned that the federal government could run out of cash as soon as September if it didn't act soon.

The Democrat-controlled House approved the measure last week. Only 65 out of almost 200 House Republicans supported it.