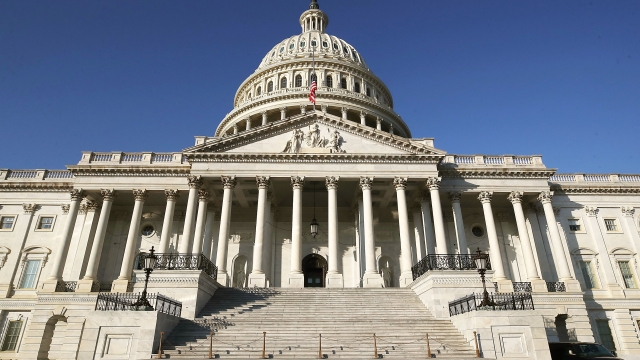 President Donald Trump has signed a a short-term spending bill, averting a government shutdown and giving lawmakers more time to wrap up over $1.4 trillion in appropriations bills. He signed the bill Thursday, according to a White House official. Funding was set to expire Thursday at midnight.

The Senate approved the measure 74-20 earlier the same day. The House passed it on Tuesday. The continuing resolution will keep the government funded through Dec. 20. It also gives a pay raise to military members, extends some health care programs and funds the 2020 census, among other things.

The main hurdle to a full-year spending bill, like last year, is President Donald Trump's push for more money to build a wall on the U.S.-Mexico border. This time he's demanding up to $8.6 billion.

As such, lawmakers have not yet been able to reach an agreement on the 12 appropriations bills needed to fund the government.

This is the second stopgap spending bill Congress has passed for the 2020 budget year, which started in October.