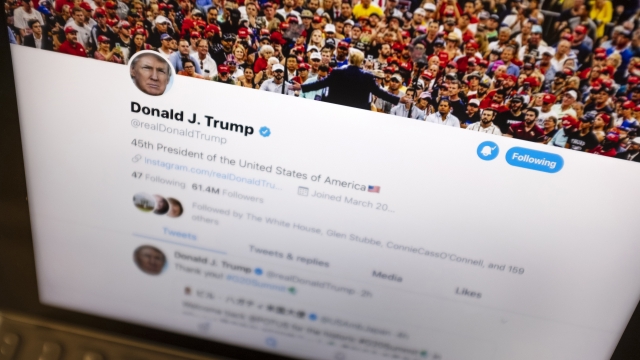 President Donald Trump has signed an executive order which could roll back Section 230 of the Communications Decency Act — a law that protects social media companies from being held liable for most content posted by their users, and allows them to moderate content.

The order has three main parts. First, it directs the Commerce Department to petition the Federal Communications Commission to open a proceeding on the scope of Section 230.

Second, it also allows the Federal Trade Commission to take complaints about political bias by tech companies, and to investigate them to see whether they’re moderating content in a way that ensures neutrality.

And finally, federal agencies would be required to review their spending on social media advertising, which some see as a financial warning to companies like Twitter and Facebook.

If the law is eventually changed, there could be considerable consequences on how companies get rid of abusive content from their platform. For instance, Twitter successfully used Section 230 in a legal defense after being sued by a user who said the platform unfairly banned them, despite having repeatedly violated Twitter’s Hateful Conduct Policy.

The timing of the order signing is also notable. It comes days after Twitter labeled two Trump tweets with fact checks for being misleading. But the executive branch had looked to change the rule well before this incident. In 2019, a draft executive order titled "Protecting Americans from Online Censorship" sought to narrow Section 230's legal protections.

It should also be noted it may be legally difficult for federal regulators to go after this kind of speech. On Wednesday, the U.S. Court of Appeals for the D.C. Circuit ruled that big tech companies like Facebook and Apple were private businesses with the legal right to regulate content on their platforms. The First Amendment guaranteeing free speech only applies to government censorship.