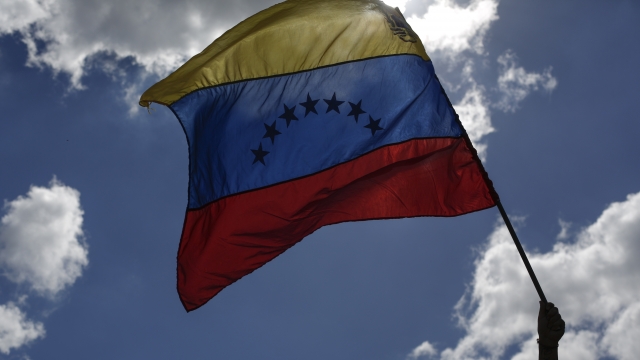 President Donald Trump has signed an executive order that imposes new economic sanctions against the government of Venezuela.

According to several reports, President Trump put his signature on the action late Monday. It freezes all assets and property belonging to the Venezuelan government and its officials. And it prohibits any transactions with them.

The order cites "the continued usurpation of power" by President Nicolas Maduro as well as human rights abuses, interference with freedom of expression and "ongoing attempts to undermine Interim President Juan Guaido and the Venezuelan National Assembly's exercise of legitimate authority in Venezuela."

The move escalates President Trump's efforts to remove Maduro from office. And, as The Wall Street Journal notes, it puts Venezuela on the same level as Cuba, Iran, North Korea and Syria — which are all under similar restrictions.

But a former State Department official told The New York Times the sanctions appear to be "more light than heat." He added: "This is not an embargo. It does not create penalties for business with Venezuela altogether, it just denies such activities with the government of Venezuela, and it is doubtful there were any of those still extant to be cut off by this action."

The order goes into effect immediately.