With The Stroke Of A Pen, Trump Pulls The US From The TPP 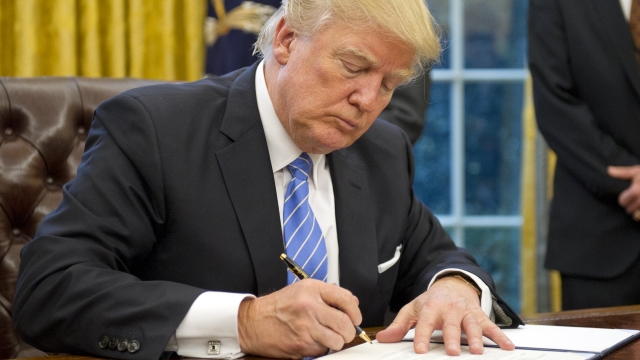 SMS
With The Stroke Of A Pen, Trump Pulls The US From The TPP

By Stephanie Liebergen
January 23, 2017
Among other actions, President Donald Trump signed a memorandum withdrawing the United States from the Trans-Pacific Partnership.
SHOW TRANSCRIPT

President Donald Trump signed three presidential actions Monday morning, but the details of what they include are still unknown.

As Chief of Staff Reince Priebus handed the documents to Trump, he announced what they were for: withdrawing the U.S. from the Trans-Pacific Partnership, instituting a federal government employee hiring freeze and reinstating the Mexico City policy.

Priebus called the documents memorandums, which are different from executive orders but have the same force of law. 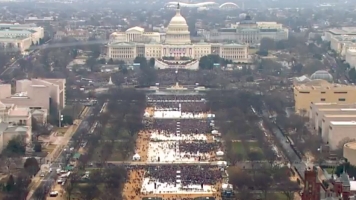 The decision to leave the TPP was expected — it's something Trump talked about frequently on the campaign trail.

Former President Barack Obama stopped pushing Congress to accept the TPP in the final months of his presidency. Trump's signature makes the U.S.'s withdrawal from the trade group official.

While signing the next document, Trump noted the federal hiring freeze doesn't affect the military.

The Mexico City policy was in effect from 1985 until 1993, when then-President Bill Clinton rescinded it. When President George W. Bush took office in 2001, he put the policy back in place. Obama rescinded it again in 2009.

But as of lunchtime Monday, that's about all we knew for sure. The text of these actions wasn't immediately posted to the White House's website.

Trump signed two executive actions on Inauguration Day, but it took three days for those to be posted online.