New Law Helps Musicians Get Paid Fairly For Their Work 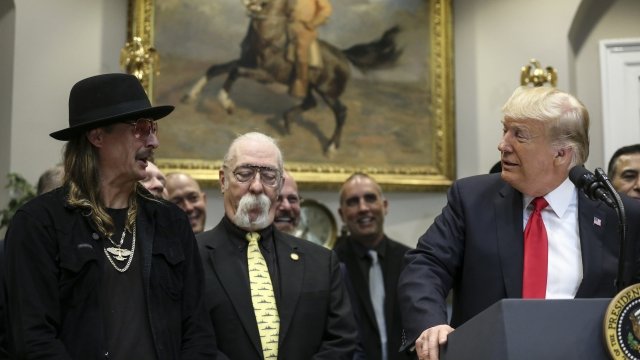 President Donald Trump signed a bill into law Thursday that aims to reform the way musical artists are paid for their work.

The Music Modernization Act focuses on music licensing and royalty payments. It guarantees that songwriters and artists receive payments for pre-1972 recordings, and improves compensation for works played on streaming and digital platforms.

Musicians from different genres attended the signing ceremony, praising efforts to make the bill a reality.

"This is a great start to protect songwriters, producers, engineers, the unsung heroes behind many of these songs that go out there," said musician Kid Rock. "People like myself who are maybe more at the top of the food chain, it really doesn't affect us much. But I know many people it does affect. So this is going to help out a big big way."

The law doesn't appear to have much opposition. It passed unanimously in the House and Senate.