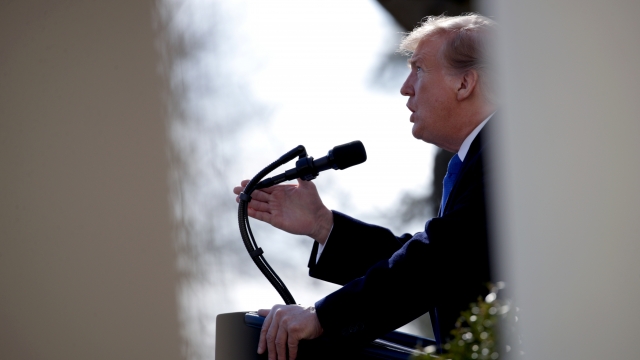 The government was set to run out of money at midnight Friday. This bill provides more than $330 billion in funding for a number of agencies, including the Departments of Homeland Security, State and Justice.

But the legislation didn't include the $5.7 billion the president wanted for a border wall. Congress only approved about $1.4 billion, and that money will build 55 miles of new barrier.

The insufficient border wall funding prompted President Trump to follow through on his plan to declare a national emergency. That executive order is expected to face significant legal challenges.