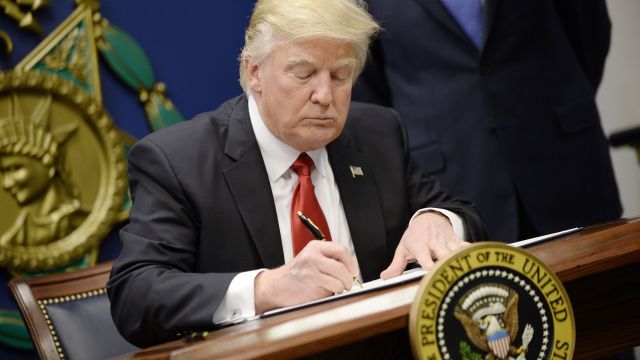 The orders covered two of his favorite topics from the campaign trail: national defense and immigration.

According to Trump, these new orders pave the way for more defense spending and tougher immigration procedures.

But it's not clear how much more extreme U.S. refugee vetting can get — the current procedures are already pretty rigorous.