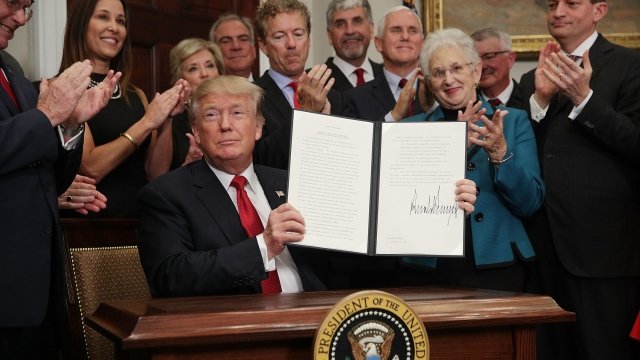 President Donald Trump is taking health care into his own hands after Republican lawmakers repeatedly failed to repeal and replace the Affordable Care Act.

Under the order, Trump wants to make it easier for small businesses to create Association Health Plans, which would let them purchase insurance together across state lines and outside of Obamacare.

The order also directs Cabinet departments to look into expanding the use of tax-advantaged accounts called health reimbursement arrangements that employers can use to help workers pay for medical expenses.

And finally, Trump's order proposes making the use of temporary, limited-benefit insurance plans more widely available. These plans don't have to comply with Obamacare mandates and rules.

The president said he will still "pressure" Congress to pass a health care bill but called his executive order a first step to giving Americans "Obamacare relief."