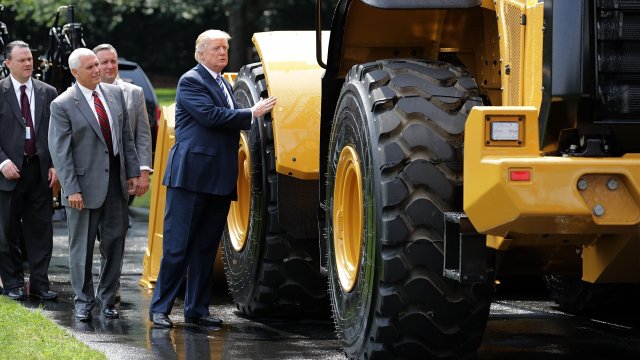 The new order addresses how federal financial assistance is spent — things like loans, grants, interest subsidies and cooperation agreements with the government.

The order directs federal agencies to encourage companies and people receiving that federal assistance to spend it on American-made goods. The directive specifically lists iron, steel, aluminum and cement as examples.

President Trump signed a previous "Buy American" executive order in April 2017. That order reinforced existing law to make sure the federal government gives priority to American-made goods and services. Peter Navarro, the director of the Office of Trade and Manufacturing Policy, said that order increased spending on American products by $24 billion. But he said it let federal grants and loans "fall through the cracks."

Navarro said the new order effectively closes those gaps. The expanded "Buy American" directive is expected to impact a variety of project types worth billions of dollars, including sewer systems, bridges and cybersecurity.