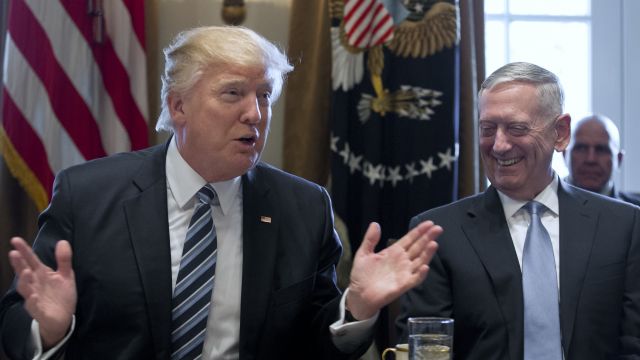 Trump's far-reaching energy independence plan puts the Clean Power Plan, as well as a power plant rule made under the Clean Air Act, up for review and possible elimination.

The Obama administration's Clean Power Plan was finalized in 2015. Its goal is to help cut carbon pollution from fossil fuel-fired power plants. The Environmental Protection Agency said by the time the plan was fully implemented in 2030, power plant emissions would be down 32 percent from 2005 levels.

That part of the order is in line with the administration's goal of reducing regulations wherever possible.

But that's not all. The order also reviews some restrictions on fracking, opens the door for new coal mines on federal land and rescinds some Obama-era rules made under the National Environmental Policy Act.

The National Environmental Policy Act was passed in 1970 and required all branches of government to consider the environment before taking any major action that could affect it. In January 2016, the Obama administration put a moratorium on any new leases for coal mining on federal land. In 2015, the fracking restrictions on federal lands were put in place by the Obama administration, but they were immediately contested, and a federal judge struck down the rule in June 2016.

Correction: A previous version of this article misstated the Clean Power Plan's emission reduction goals. This story has been updated.