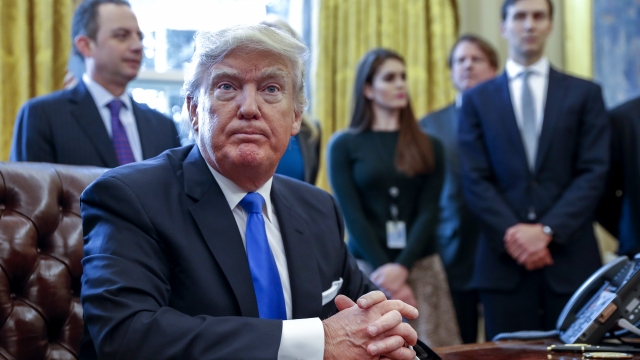 "There are stories out there that EPA officials have been gagged from talking to the press or talking to the media. ... First of all, is that true, and second, why is that being done?" a reporter asked White House press secretary Sean Spicer.

Spicer replied, "I don't think it's any surprise that when there's an administration turnover that we're gonna review the policies ... . I don't have any information at this time."

The Trump administration has reportedly issued a gag order for several federal departments, including the Environmental Protection Agency and the Department of Transportation.

The orders follow a shutdown of the Interior Department's Twitter account after it retweeted images comparing the crowd  at President Trump's inauguration to the crowd at Barack Obama's inauguration in 2009. The account has since been reactivated.

On Tuesday, Badlands National Park tweeted a stream of climate change facts — a topic Trump has been skeptical of in the past. Those tweets were later deleted.

There's no word yet on what will happen if these agencies break the gag order.