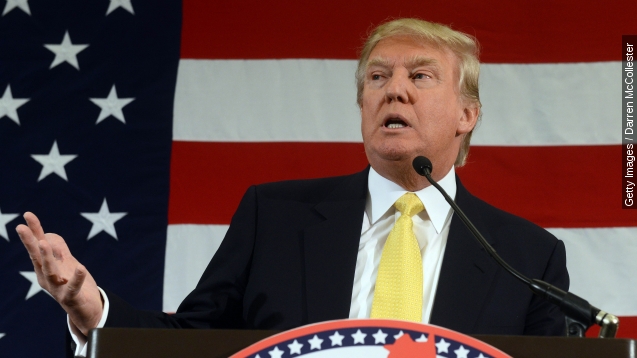 NBC has officially severed ties with presidential hopeful Donald Trump following controversial comments he made about Mexican immigrants during his campaign announcement.

"When Mexico sends its people, they aren't sending their best. ... They're bringing drugs, they're bringing crime, they're rapists. And some, I assume, are good people," Trump said.

At first, Trump seemed relatively unfazed by the news when he spoke to reporters at an event in Chicago Monday.

"Whatever they want to do is okay with me. I've had a lot of great relationships with NBC. As far as ending the relationship, I have to do that because my view on immigration is much different than the people at NBC," Trump said.

But later that same day he released a statement threatening to sue NBC.

“If NBC is so weak and so foolish to not understand the serious illegal immigration problem in the United States ... then their contract violating closure of Miss Universe/Miss USA will be determined in court,” the statement read.

Trump made similar legal threats to Univision after that network dropped the Miss USA pageant over those same comments.

The pageant is organized by the Miss Universe organization, which is a joint venture between Donald Trump and NBCUniversal.

On Monday, NBC released a statement announcing it would not be airing the Miss USA pageant either: "Due to the recent derogatory statements by Donald Trump regarding immigrants, NBCUniversal is ending its business relationship with Mr. Trump."

The network was facing pressure from advocacy groups as well as an online petition that had reached more than 200,000 signatures calling for NBC to cut ties.

NBC's statement said Trump had already decided not to participate in NBC's "The Apprentice," although he may still appear on "Celebrity Apprentice," which is licensed by a different company.