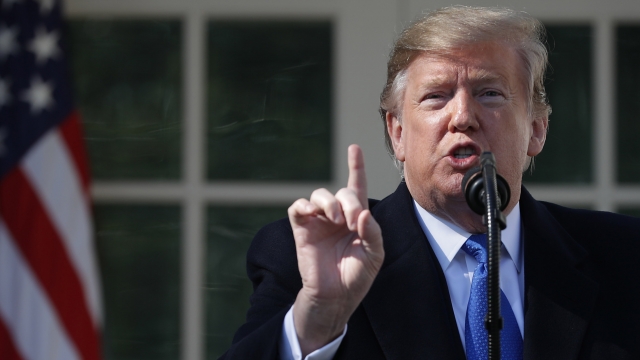 President Donald Trump has revoked a requirement for U.S. intelligence officials to publicly report the number of civilians killed in drone strikes and other counterterrorism operations outside of war zones.

President Trump signed an executive order to cancel the Obama-era mandate on Wednesday. The directive required the director of national intelligence to release an unclassified report every year by May 1 that detailed the number of U.S. strikes against terrorist targets outside of war zones, as well as the number of civilian and combatant deaths those strikes caused.

The Trump administration didn't explain why it ended the requirement, but it's not very surprising. The White House chose not to publish the report last year, despite the order still being in effect.

President Trump's executive order does not affect a separate law requiring the secretary of defense to provide Congress with an annual report on "civilian casualties caused as a result of [U.S.] military operations." But that measure doesn't cover drone strikes carried out by the CIA, and it lets the defense secretary classify parts of their report.