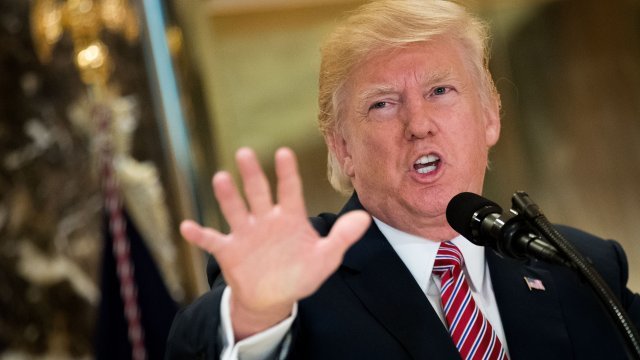 By Matt Picht
August 17, 2017
The White House has scrapped another advisory council in the wake of President Trump's remarks on the violence in Charlottesville, Virginia.
SHOW TRANSCRIPT

President Trump's response to the violence in Charlottesville, Virginia, already cost the White House two of its advisory councils. Now the administration is scrapping a third advisory council on one of Trump's favorite issues: infrastructure.

"This will be less than two years for a highway."

The White House has tried several times to kickstart Trump's ambitious plans for overhauling the country's infrastructure. Trump recently held a press event about his plans to slash regulations.

But that event kind of went off the rails once Trump started defending his Charlottesville response again.

"You had people in that group — excuse me, I saw the same pictures that you did."

In the past, Trump has also touted a $1 trillion investment in infrastructure as a way to unite feuding Democrats and Republicans behind a shared priority.

But any appetite for bipartisanship withered during Congress' acrimonious health care debate, and the GOP legislative agenda is too crowded to slot any more proposals in this year. 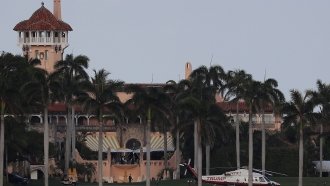 And then there was the White House's June push for "Infrastructure Week" — during which Trump tweeted about his travel ban, the mayor of London, and former FBI Director James Comey, whose bombshell testimony before Congress sucked up any oxygen left over for infrastructure.

Administration officials are still hoping to pass an infrastructure bill this year, after a still-unformed tax bill goes through Congress. Specific details of the infrastructure plan are scheduled to be released this fall.